The front garden had too much foliage and was generally overgrown and the lawn area was patchy and dry. 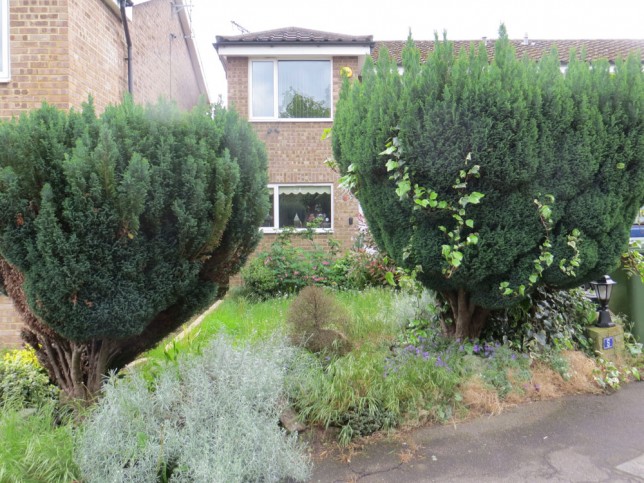 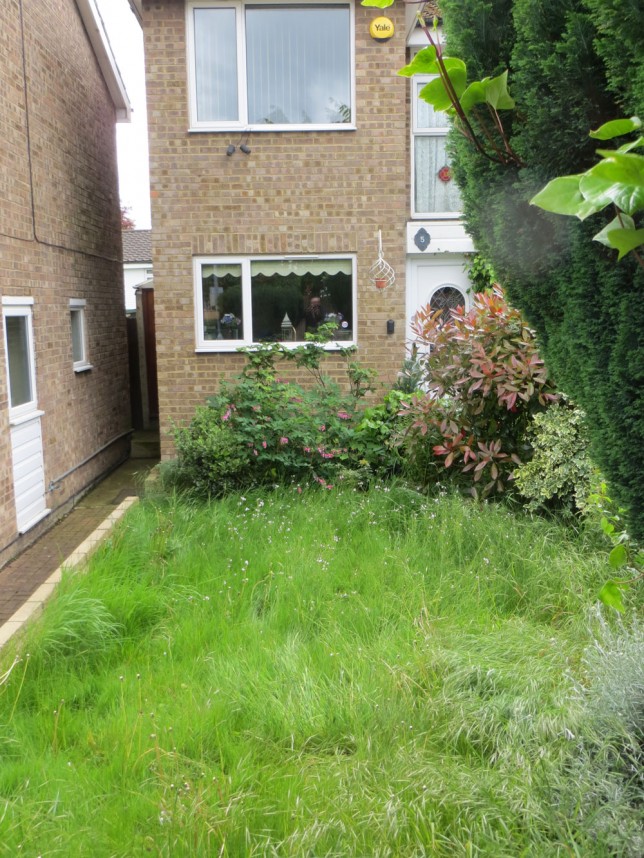 Retaining the ‘rock feature’ was important to me. I felt it would preserve the established character of the garden. I was also keen to keep the Photinia and Euronymous bushes as they are well established. – TJ 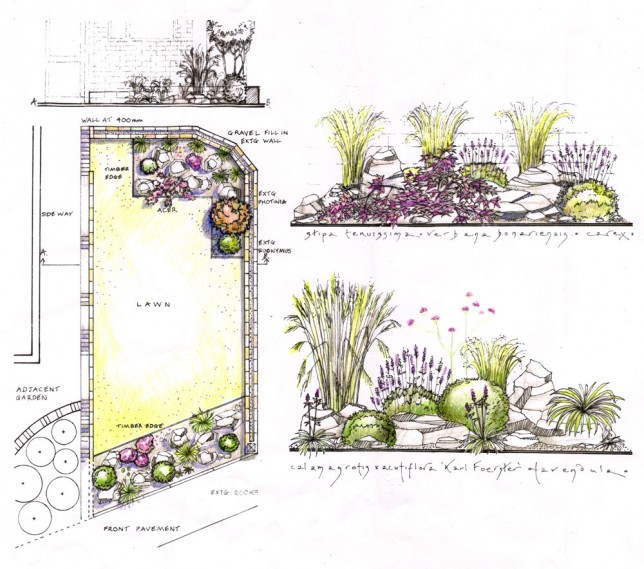 Our Plan for the Garden

We removed two cropped Conifers, letting in more light and we laid fresh turf to re-invent the lawn area. 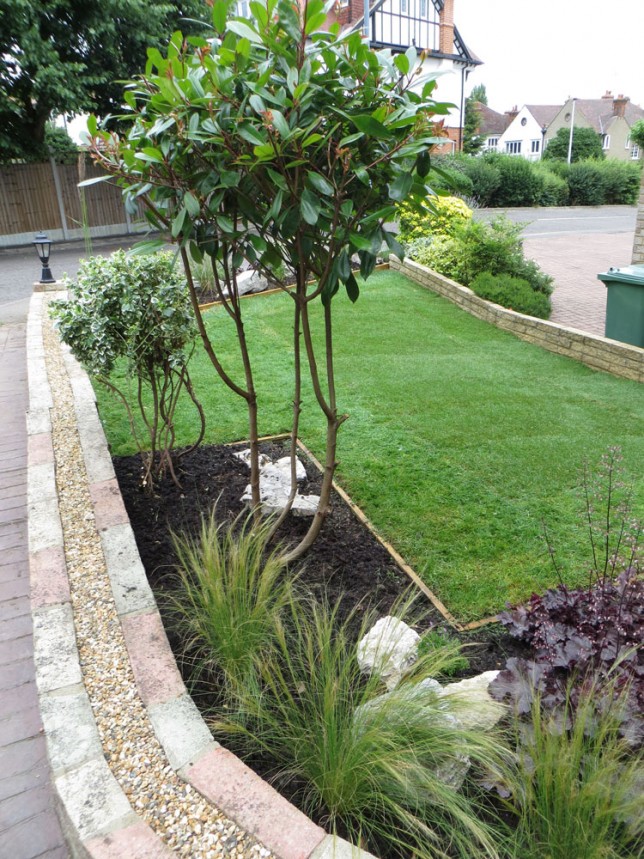 After a clean-up the existing rock feature was presented in a contemporary display.

The Photinia and Euronymous bushes were clipped and shaped to create elegance and retain height and structure. 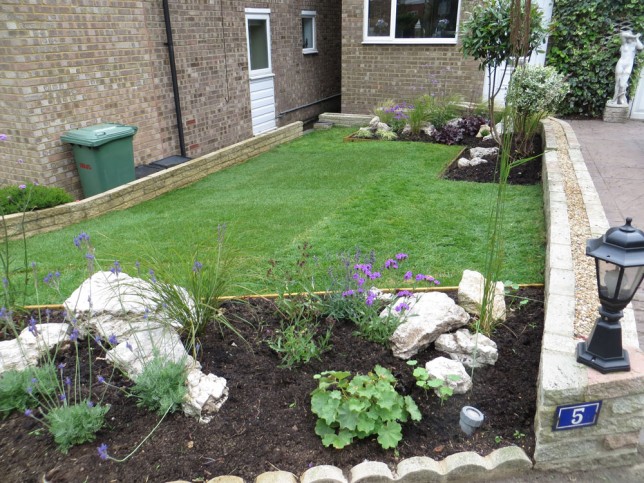 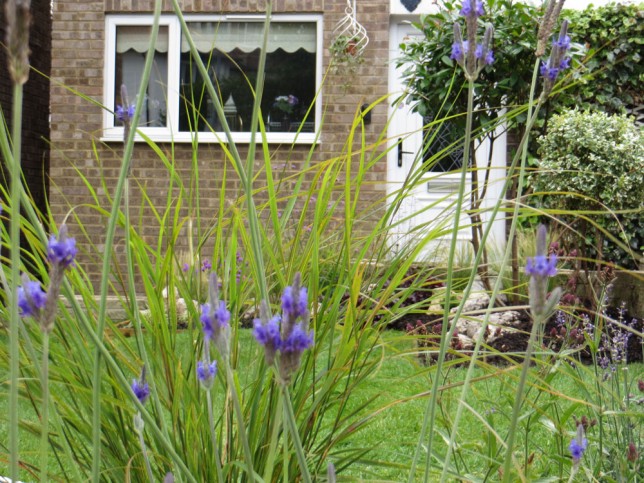